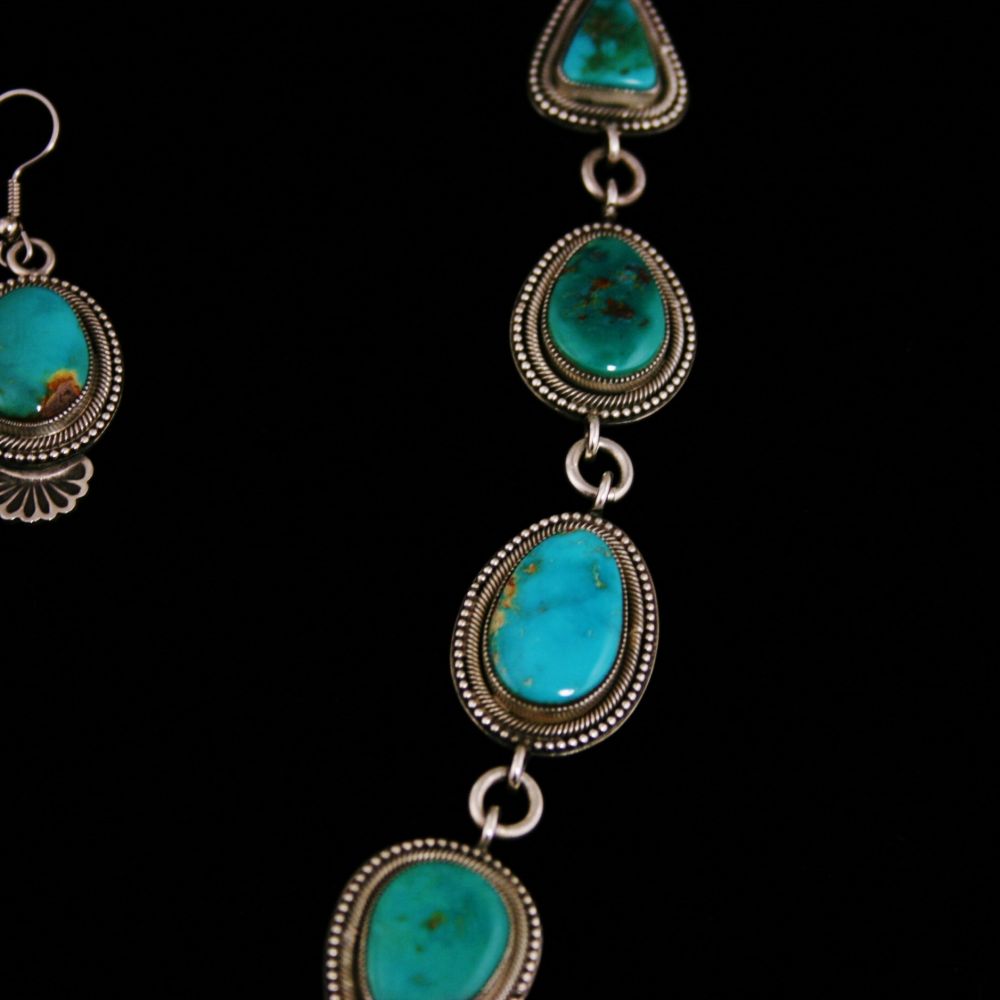 The Blue Gem lease claim was discovered in the early 1930s by the Copper Canyon Mining company, a division of the American gem company based in San Gabriel California. Doc Wilson headed up the mining, selling most of the turquoise to JW Edgar who distributed it to the Zuni Pueblo and the Fred Harvey company who made fine Native American jewelry in the 1930s and 1940s. In the 1950s it was leased to Lee Hand who mined it to the 1970s. In the early 1970s the Duval gold mining company terminated the lease and depleted the mine. The beautiful gem grade natural specimens in this fine necklace were collected in the 1970s and held in a collection. The mine produced some of the finest green and sky blue turquoise ever found in the American South West. It also produced a small amount of marvelous aqua greens, such as the ones set in this necklace. Entirely hand made by Sammie, he has created a Waterbird as the pendant. The waterbird is the symbol of the Native American church which Sammie honors with this superb example of wearable art. 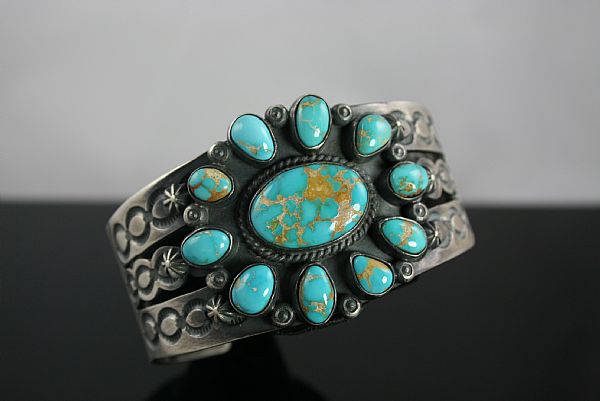 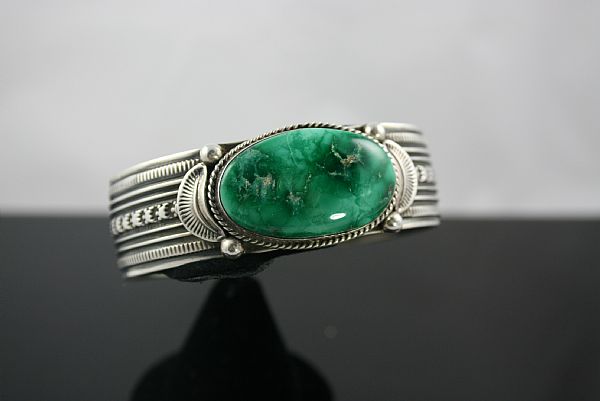 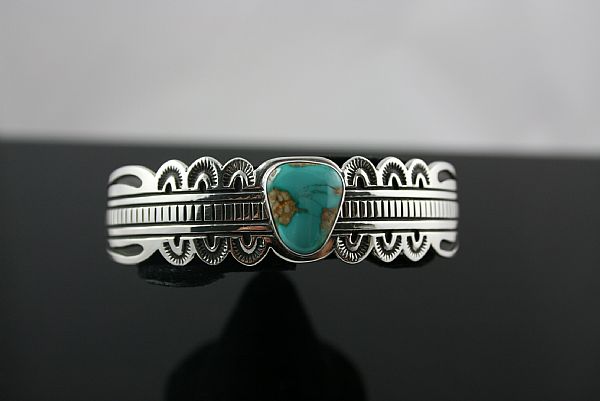 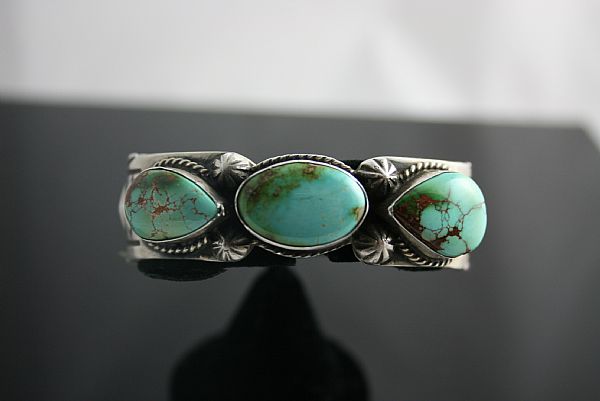 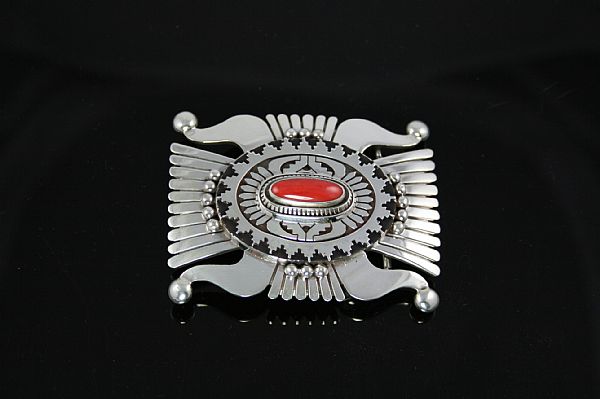 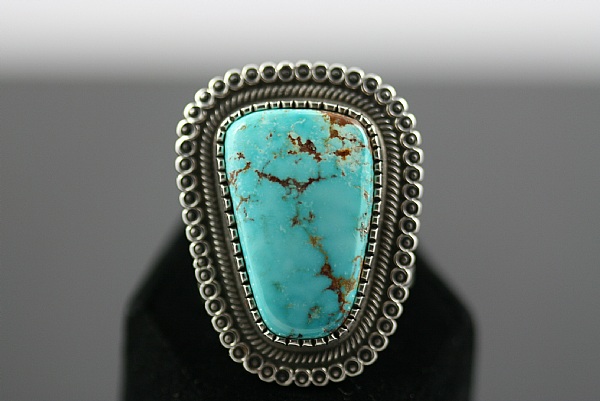 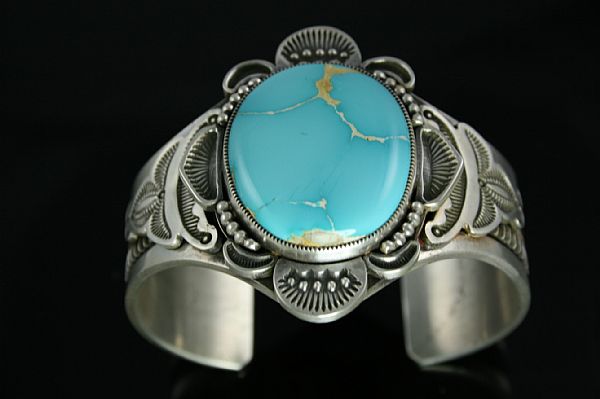 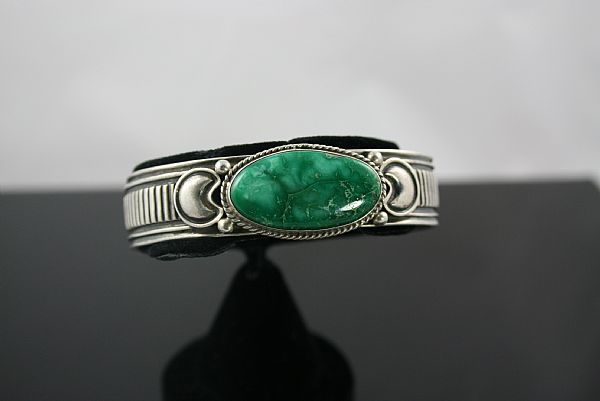 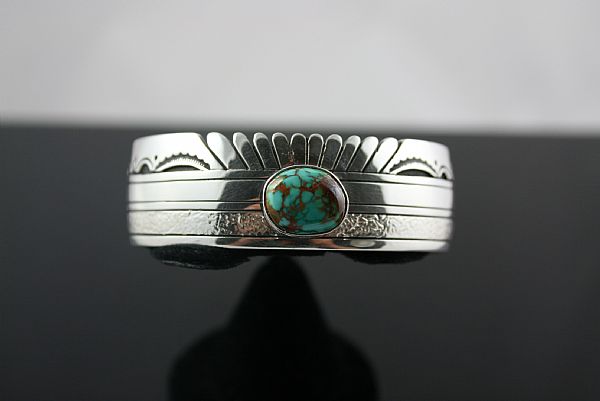 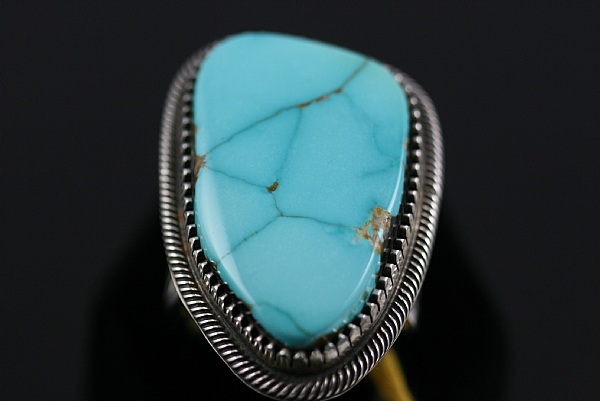 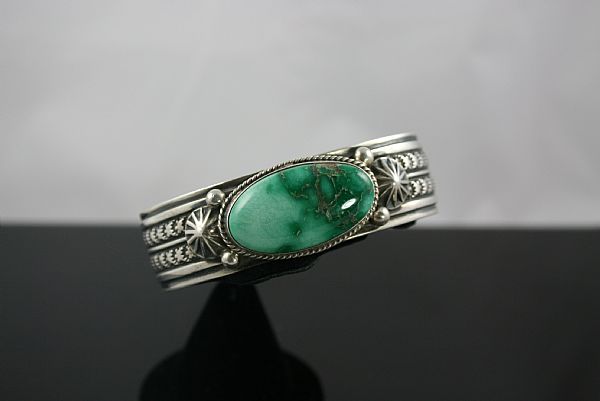 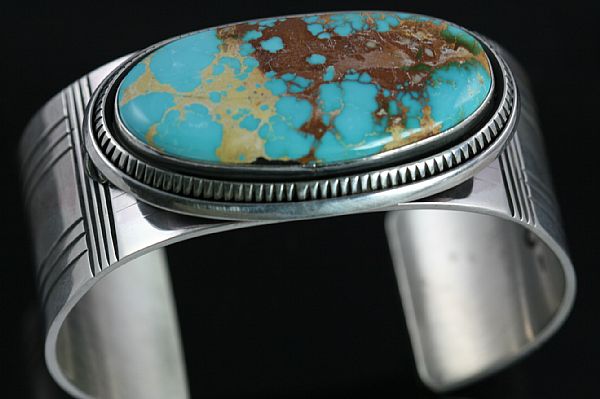 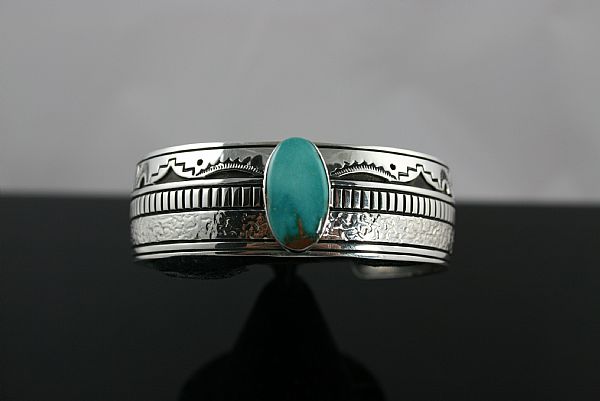 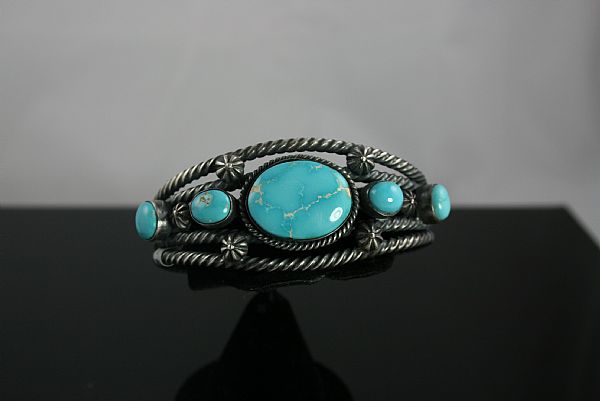